A little bit about Rowing (in summary)

Rowing is a sport whose origins reach back to Ancient Egyptian times. Rowing is one of the oldest Olympic sports. Though it was on the programme for the 1896 games, racing did not take place due to bad weather. Male Rowers have competed since the 1900. Women’s rowing was added to the Olympic programme in 1976.

There are several different types of boats used in rowing.

They are classified using:-

Although sculling and sweep boats are generally identical to each other (except having different riggers), they are referred to using different names:

Rowing is often labelled as one of the most physically strenuous of all sports, and it’s not without credence…

In tests designed to mirror the demands of a 2000m race, caloric expenditure has been calculated as 36kcal per minute making it one of the most energy demanding activities ever studied. It’s not surprising then that the aerobic power of elite oarsmen and women is substantial.

In short, Competitive Rowing is an endurance sport and winning comes from hard training. 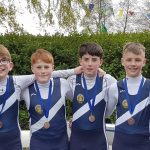 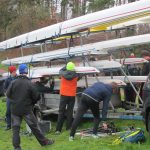 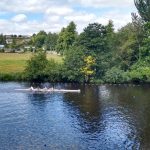 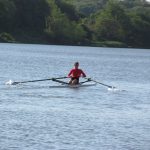 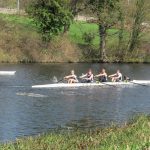 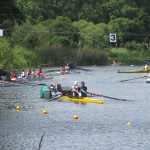 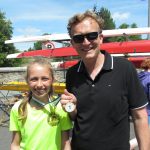 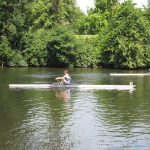 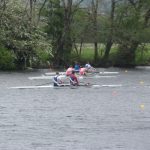 May saw the club travel to Limerick and another strong win for the Men’s Junior 15 Coxed Quad, as well as Abby Grogan in Women’s Junior 15 and Lauren Heyes in Women’s Junior 18. Watch the excitement of the J15 quad race below! Chulainn O’Mahoney [stk], Sean Ryan, James Vaughan & Ciaran Curtin [bow]
Waterford Boat Club travelled to Dublin’s Commercial Regatta on Sunday 7th of April. A two lane, 1200-metre course, this regatta makes for close exciting racing. The Waterford club had a total of 17 entries ensuring a busy event for all WBC crews, coaches & parents, with races throughout the day from 8am through to 7pm. […]